See on Scoop.it – Chaos and Uncertainty 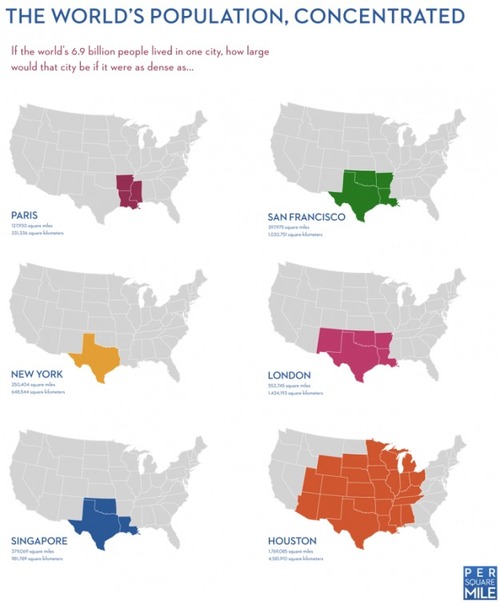 Fascinating to view the world’s population (estimated at just under 7 billion people) based on urban densities similar to several of the world’s cities. I had no idea that Paris was so much more densely packed than my hometown, London.

The New Power of Memory
Hacking Hollywood: How Digital Insurgents Are Disrupting Film